Unhappiness over the Brexit deal has not gone away, although our fondness for the countries of Europe will continue.

The overall outcome of Brexit is evident. More than 10,000 UK pensioners have given up their EU retirement dream and returned home, as have people of other ages. Without the pandemic to hold them up, others may be doing so.

Significant numbers of EU workers in Britain have gone back to their native countries but far from all. In Surrey alone, 56,000 European nationals have been granted the right to remain in the UK, with more in process.

The political gap may have grown, yet the people of Europe have moved to each others countries for a long time and will continue to do so.

Flemish people came to Britain in the 12th century and established our weaving trade, the Huguenots arrived for religious reasons, Irish citizens to escape famine, French, Polish, Italian, Spanish and others have come to work in modern times.

People from the UK have long journeyed to the continent to work, or find a home, valuing the climate, food and culture. Those benefits are still there, as they were before the EU, just a little more to cope with along the way.

As an international removals company founded during EU membership, we have taken people to a new life in Europe with relative ease. We still do not expect expect the additional barriers to prevent this.

British citizens who want to move to countries inside the EU from 2021 need to comply with residence rules in each country. Residency, work and study legislation in the 27 member states is not identical but often similar.

If we take France as an example, you will need a visa to stay longer than 90 days, which should be in place before you leave the UK. Applications are outsourced by the French consulate, although an online facility is in place.

There are differences for retirement, studying, or work, with approaches to suit but the most common type of document is a visa de long séjour valant titre de séjour. This is valid for a year, without any need for a residency card.

Retirees usually have to renew visitor documentation annually at first, although a 10 year resident’s card may be available after five years. There are similar schemes in place for long term workers.

Depending on your reason for going, you might need proof of an income to support yourself, a college place, an employer who is sponsoring you. Much the same principles that apply to entering any country, including the UK.

Neither is France alone in making life relatively straightforward, schemes are in place, or being organised in most EU countries. Just bear in mind that suddenly deciding to move country may not be simple but overall, barriers are not substantial.

The Logic Of Geography

There will be changes over time, the Brexit deal will evolve, new online visa schemes such as ETIAS will soon arrive in Europe. Above all, the initial hiatus brought about by Brexit will settle down.

There are issues at ports, you may even need to complete a customs declaration to move to Northern Ireland. Paperwork and procedures to take goods to Europe have increased but are manageable in professional hands.

You are welcome to contact our international removals staff for advice, overcoming issues and a smooth journey are achievable. If anything, the current coronavirus pandemic is a greater barrier to a European move than Brexit.

We have always had to cope with differences, such as on buying and owning property, wills, taxation. There are a few more, as is the case for EU citizens moving to the UK but none which should prevent your goal being met.

Neither will you be stopped from visiting in the meantime, holding a business meeting, or staying at a holiday home you own. Nobody has picked up the UK and moved us, we are part of Europe and can continue to enjoy being so.

We Hope You Find The Removals News Helpful 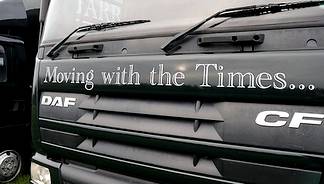 Farrer & Fenwick are a forward looking and friendly removals company, where giving support to customers matters. By all means see an introduction to our Surrey removals service, or get in touch for advice.

You are welcome to call 01932 253737 during office hours, or see a range of options via the Contact Us button below.